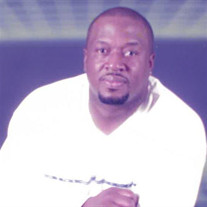 Brother Morris Wayne Coleman, affectionally known as "Bubba", was born to the late Author Coleman and the late Priscilla Jones-Clark, September 29, 1959, in Monroe, Louisiana. He departed this life on February 10, 2019, in his home after a... View Obituary & Service Information

The family of Morris Wayne Coleman created this Life Tributes page to make it easy to share your memories.

Send flowers to the Coleman family.