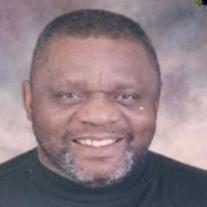 The Legacy of Brother Leon Riley, Jr. “To everything there is a season, and a time to every purpose under the heaven:” Ecclesiastes 3:1 A Time to be Born Leon Riley was born on June 19, 1942, in Monroe, Louisiana, to the late Catherine Melton Riley and Leon Riley, Sr. A Time to Die Leon transitioned from this earthly life, Saturday, September 1, 2012, at Life Care Specialty Hospital surrounded by his loved ones. A Time to Plant Leon accepted Christ as his Lord and Savior and was baptized and fellowshipped with the Bethel Baptist Church under the leadership of the late Rev. W. H. Hines. A Time to Build Up Leon was educated in the Monroe City School System at Monroe Colored High School and J. S. Clark Elementary School where he served on the drum line. He was a proud 1961 graduate of Carroll High School where he participated on the track and tumbling teams. Upon his graduation, he enlisted in the United States Air Force. During his tenure, he was a decorated officer receiving several medals which included the Meritorious Service Medal, the Commendation Medal, the Good Conduct Medal, the National Defense Service Medal, and the Vietnam Service Medal. He retired from active duty in 1987 after 26 years with the rank of Master Sergeant. In 2002, he earned his bachelor’s degree in Business Administration from McMurry University in Abilene, Texas. Upon his return to his hometown, Leon and Cyrenthia Dunn united in holy matrimony on December 4, 2004. His last vocation was as a staff writer for The Monroe Dispatch. His fraternal memberships included the Monroe Alumni Chapter of Kappa Alpha Psi Fraternity. Inc., Prince Hall Mason J. D. Peevy Lodge #227, and F. D. Thompson American Legion Post 521. His community service was evident through his active membership in the Samaritan Civic and Social Club. A Time of Peace Leon was preceded in death by his parents, Catherine and Leon Riley, Sr., his sister, Betty Riley Land; and his son, Victor Miller. A Time to Weep and a Time to Mourn Leon leaves to cherish his memories his devoted, loving wife, Cyrenthia Dunn Riley; four children: Constance Miller Beard (Fulton), Leon Riley, III (Patrina), Katherine LaShaun Riley Traylor (Bobby), and Daniel Riley; 11 grandchildren; 13 great grandchildren; one brother, Gregory Riley; four sisters, Ozell Riley, Iola Riley Fogel, Dianne Riley, and Janice Riley Barney (Luther); his mother-n-law, Evelyn Dunn; four: brothers-in-law; four sisters-in-law; his stepdaughter, Roslyn Holmes (Lamon); and a host of nieces, nephews, cousins, and friends.

The Legacy of Brother Leon Riley, Jr. &#8220;To everything there is a season, and a time to every purpose under the heaven:&#8221; Ecclesiastes 3:1 A Time to be Born Leon Riley was born on June 19, 1942, in Monroe, Louisiana, to the late Catherine... View Obituary & Service Information

The family of Mr Leon Riley Jr. created this Life Tributes page to make it easy to share your memories.

The Legacy of Brother Leon Riley, Jr.
“To everything there is...

Send flowers to the Riley family.