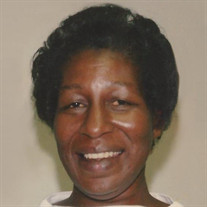 Obituary Bertha Newton was born on July 12, 1944, in Sibley, Louisiana, to Henry and Verdine Newton. She died on December 26, 2014 in Glenwood Hospital, at 70 years of age. She retired from Claiborne Elementary where she worked as a custodian.... View Obituary & Service Information

The family of Bertha Newton created this Life Tributes page to make it easy to share your memories.

Send flowers to the Newton family.